Horseshoe Bend OCR: The race returned with largest ever turnout

By: Bob Hembree - Updated: 1 week ago

Participants of all ages took on the challenge. This year, ages ranged from 11 to 69.

The last event took place on the south side of Horseshoe Bend in 2019. Many of Saturday’s racers registered for the 2020 event, but, like most events in Arizona, COVID-19 forced cancellations and scheduled changes.

The 2021 event came back stronger with a 50% increase in registrations. This year’s 4-mile race relocated to the north side of Horseshoe Bend on City of Page property. Returning racers had the opportunity to see views usually reserved for the more adventurous locals.

The trophies were different too. Baughman said they were handcrafted by a Navajo potter. Winners received their awards at Grand Circle Grille after the race.

Another first is the couple who took first place in both the men and women categories. Steve and Michele Richardson brought the unique trophies home to Rimrock, Arizona. Steve’s time was 43.29 minutes and Michele’s came in at 50.29 minutes.

Steve works for Parks and Recreation in Goodyear, Arizona. Michele, a teacher, said they trained heavily during the pandemic. She said, “We’ve had nothing else to do. Lots of running.” Steve added, “We ran a lot of trails.”

Steve said, “This is the prettiest obstacle course race. I like to say it’s beautifully brutal. It’s not an easy course.”

Michele said, “We do a lot of them, and this is not an easy one.”

Steve said, “Tough obstacles, heavy—the Atlas Stone was by far the hardest one for me.”

The Richardsons competed in the 2019 Horseshoe Bend OCR. Steve said he and Michele run many races, but this is the first one they both won first place. Like many racers, they go to as many events as they can.

He said, “This is the first obstacle course we’ve run in over a year.”

Steve said they usually compete at events six to 10 times a year.

Michelle said, “We’ve been doing it for about 10 years. As more come along, we do more.”

OCR events are growing more popular every year. Richard and Shay Schilling from Dallas said they like it because obstacles are more fun than simply running.

He added, “We combine race trips with vacations.” Both have flexible schedules. Richard is a software engineer and Shay is a substitute preschool teacher. Richard describes their relationship as “the nerdly-technical and the loving-caring.”

Shay said, “He (Richard) got me into OCR races. It’s been fun. I like doing these because we spend time together. It’s a good challenge for me, and I can work on my upper strength.”

She said all her family and friends thought she was crazy at first.

“And then they see the pictures and see how happy we are,” Shay said.

Richard said, “I’m more of an obstacle guy than a runner guy. I hate the distance between obstacles.”

Comparing the OCR races with 5K races, he said, “Even in scenic places [running is] boring. If you compare a 5K to something like this [Horseshoe Bend OCR], every step is different out here because of the terrain. If you can’t do any of the obstacles, you’ve got a nice little 5K trail. But you get to stop and play on obstacles too. That’s fun!”

Richard said, “I see a lot of people who are intimidated, saying ‘I can’t do a lot of them.’ Well, you don’t need a lot of them. Find the ones you can do.”

Richard said races are designed so everyone can do some obstacles.

He said, “It’s not if you can do it or not; it’s how much of it can you do. Some people may be able to do 20% of the obstacles; some people may be able to do them all. And the people who do 20%, they might also do 50% of some of those they can’t do. Like they may get halfway up the rope climb. They might get to the top of the cargo net but not be comfortable going over the top. It’s not a pass or fail thing. It gives them degrees of success.”

Richard said, “Anybody can come out and do it and do as much as they can, and next time, try to do more.”

Shay said, “Especially with the rope climb. I could not do that two and a half years ago.”

She added, “And I don’t say this a lot: I’m a five-year breast cancer survivor. That takes a lot of your strength. Doing this has been encouraging. My doctor is like, ‘Go for it. Do what you need to do.’ So, I tell everybody, it doesn’t matter what type you are, what size or anything. Go out and have fun. You’re meeting people, and there’s teamwork. We were helping people.”

“A lot of times when we travel, we just fly into town, spend the day doing something, do the race, and then head home.

“But since it’s so hard to get here, we came in through Vegas, and we’re doing the Utah National Parks road trip. We were in Zion yesterday, Arches and Canyonland tomorrow. Monday afternoon, we’re heading up to Bryce Canyon, Tuesday back to Vegas, and flying home Wednesday.” 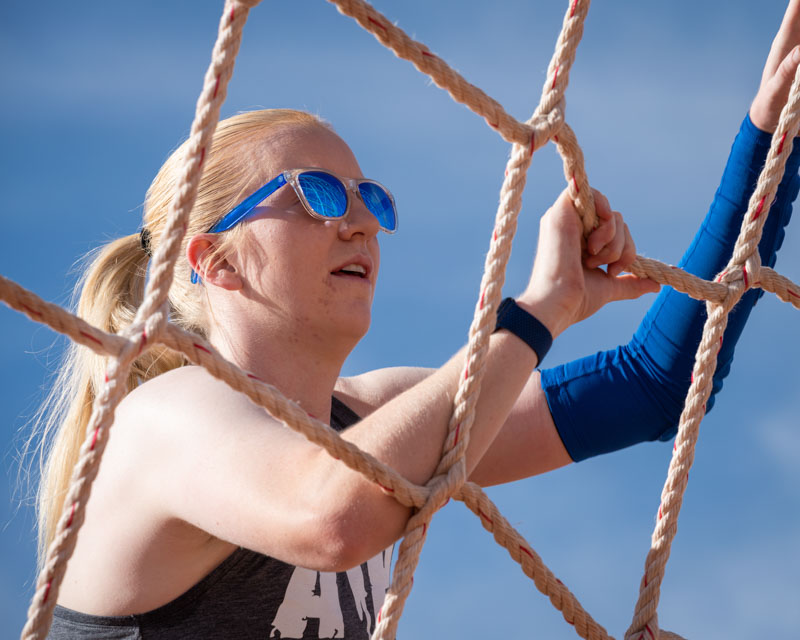 A competitor climbs "The Wave." 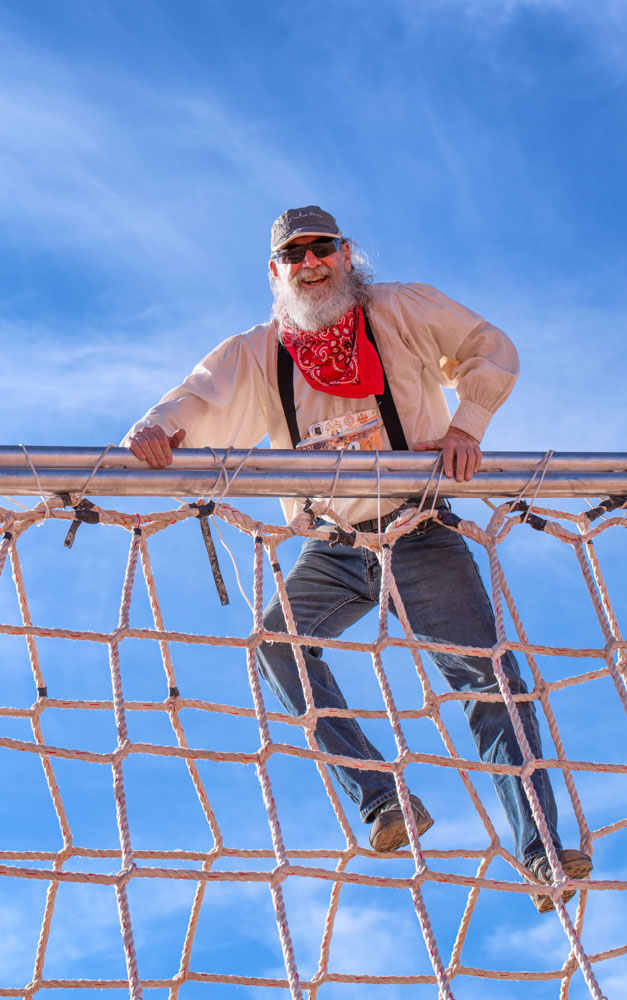 Tim Vaughn from Phoenix tackles "The Wave" with ease. 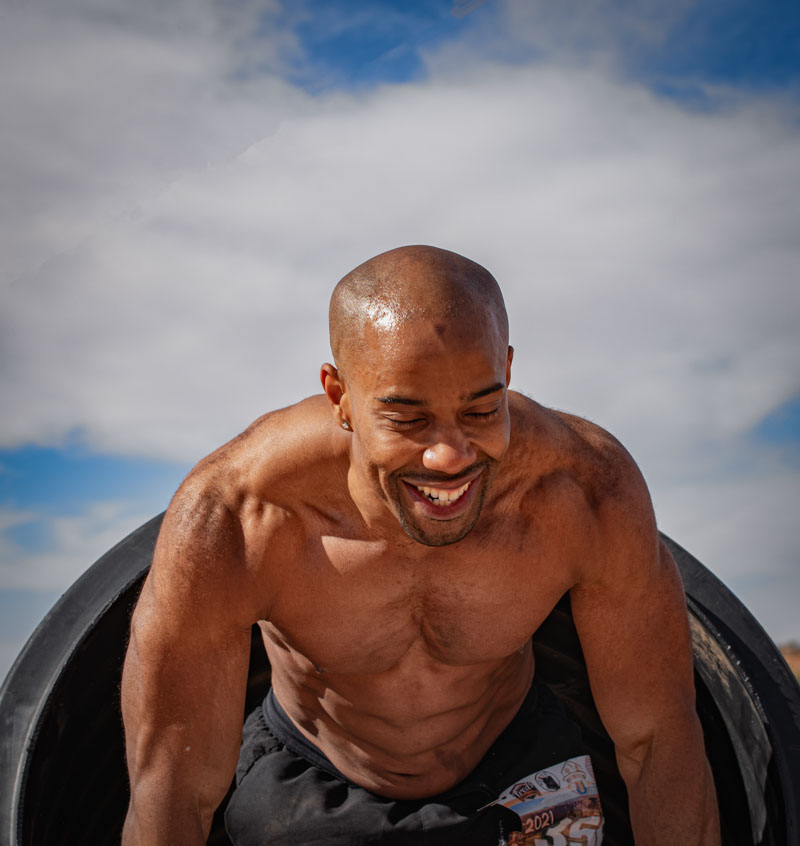 David Reynolds flew into Phoenix and drove to Page specifically for the race. When Reynolds isn’t running challenging obstacle courses, he’s a program director at Texas Department of Family and Protective Services in Houston. This was Reynold’s first trip to Page. He said, “I haven’t had the opportunity to see as much because most of the reservations are already taken up. This is most definitely on my annual tour list.” 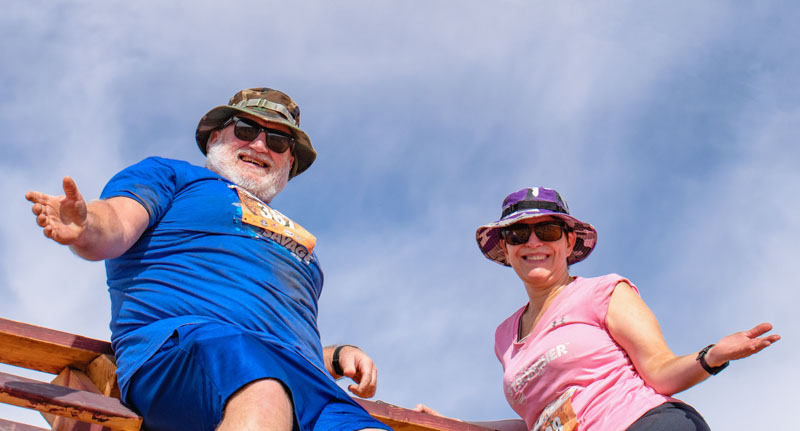 Richard and Shay Schilling from Dallas, TX pause for a photo during the Horseshoe Bend OCR in Page, Ariz. 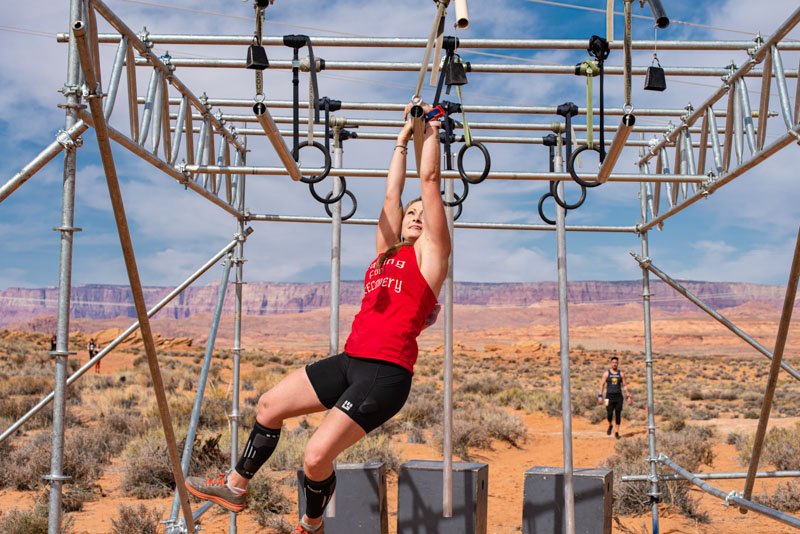 An OCR racer swings on rings to strike the bell. 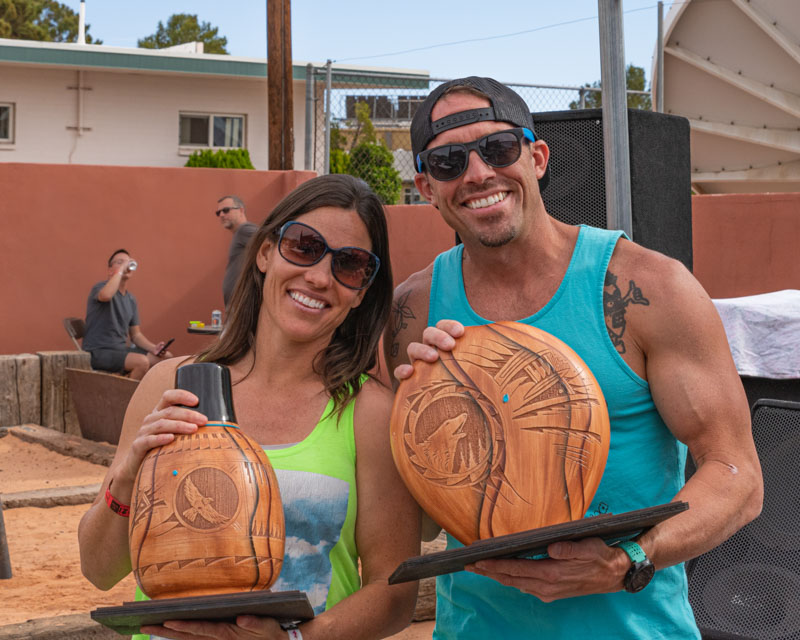 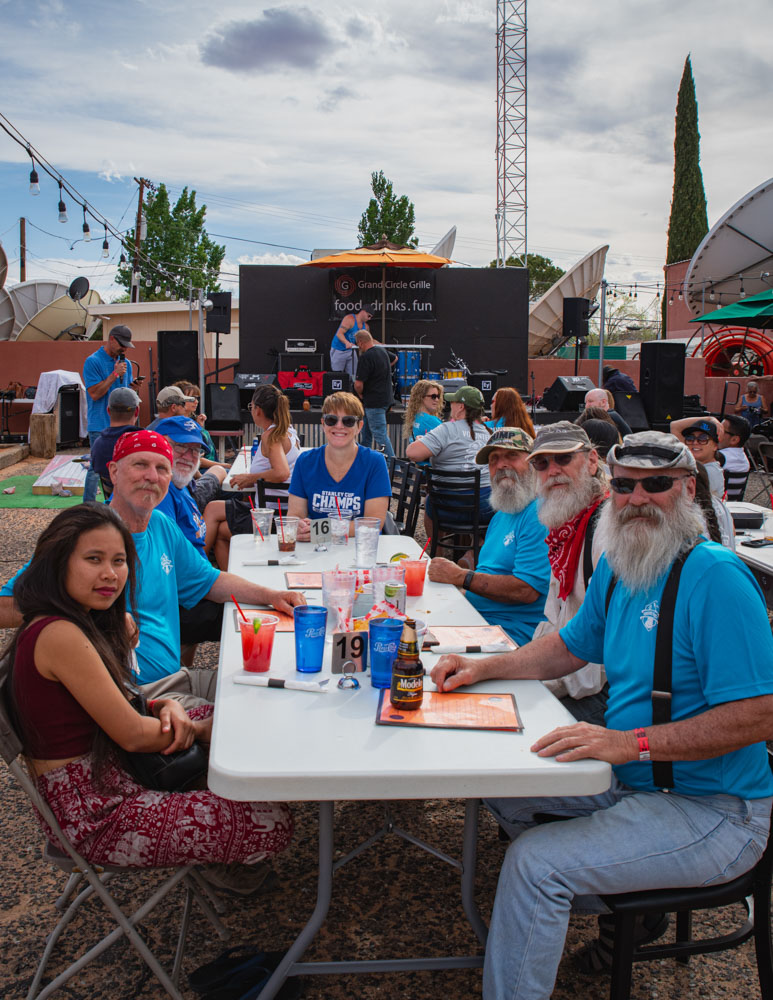 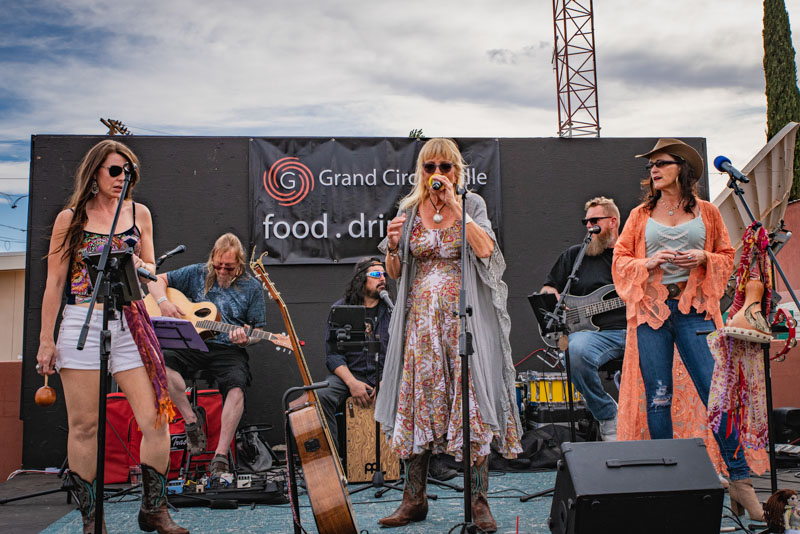